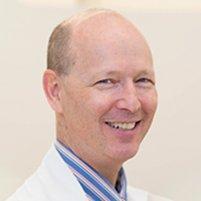 Ankylosing spondylitis is a type of inflammatory arthritis that can occur at any age but most often makes its first appearance in late adolescence or early adulthood. Ariel D. Teitel, MD, has extensive experience treating this chronic condition, providing ongoing care that keeps the pain away and helps you maintain movement and function. If you develop ongoing lower back pain, you can count on exceptional care from Dr. Teitel. To schedule an appointment, call the office near Columbus Circle in Manhattan, New York City, or use the online booking feature today.

What is ankylosing spondylitis?

Ankylosing spondylitis is a type of inflammatory arthritis that primarily affects the joints between vertebrae in your spine. The ongoing inflammation triggers new bone growth that fuses adjoining vertebrae together.

The disease is known for involving the sacroiliac joint, which connects your lower spine and pelvis. As the disease progresses, you may develop inflammation in other joints, including your hips, shoulders, knees, ankles, and ribs.

What symptoms does ankylosing spondylitis cause?

Ankylosing spondylitis begins with pain and stiffness in your lower back and buttocks. At first, you may feel pain on one side, but as the disease progresses, the pain affects both sides and can spread up your spine. Most people find that the pain and stiffness are worse when they rest and improve with exercise.

Does ankylosing spondylitis cause complications?

Ankylosing spondylitis causes problems in other areas of your body, including:

Up to 50% of people diagnosed with ankylosing spondylitis develop eye inflammation (iritis and uveitis) at least once. If that happens, you have symptoms such as:

Nearly half of all people with ankylosing spondylitis develop inflammatory bowel disease.

Enthesis refers to the areas where ligaments and tendons attach to bones. When inflammation affects these areas, you develop swelling and tenderness, a condition called enthesitis. Enthesitis often affects your back, sacroiliac joints, ribs, and heels.

Though not common, inflammation may develop where the ribs attach to your breastbone (sternum) and cause chest pain. You may also have inflammation in the outer lining surrounding your lungs, which causes pain when you breathe.

How is ankylosing spondylitis treated?

Dr. Teitel thoroughly assesses your current health before creating an individualized treatment plan. He reviews your medical history and symptoms and may order diagnostic imaging or lab tests to rule out other conditions.

The primary goal of your treatment is to prevent further spine deterioration, ease your pain, and maintain normal function. Ankylosing spondylitis treatment primarily involves physical therapy and medications, including biologics that often significantly improve your symptoms.

Ankylosing spondylitis increases your risk of osteoporosis. Your treatment plan may include steps to prevent bone weakness from developing.